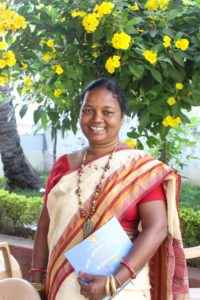 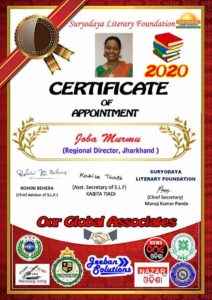 Joba Murmu is a Santhali writer and a very known face in Santhali community. She is a winner of Bal Sahitya Puraskar by Sahitya Akademi, New Delhi for the year 2017. 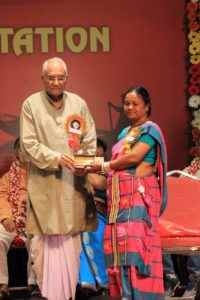 Born in Jamshedpur, Jharkhand to C R Majhi and Late Baha Murmu. She was always a keen reader of novels and stories in her early childhood, which led her to write one of herself. She followed her father’s footsteps who is also an author of many santhali books and his articles in local newspaper are a part of daily life. 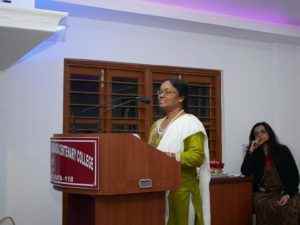 While in college her interest rose in dramatics where she met her better half Pitambar Majhi, who also is a Sahitya Akademi Bal Shaitya Puraskar winner in 2012. After completing her graduation, she did her post graduation in Santhali and Hindi. She is also a law graduate . Her writing career started with a poem which was first published in the college magazine since then she never looked backwards. She have several other book under her name like BAHA UMUL a poetry collection ,BEWRA (Short strories), PREM CHANDAH SORES KAHANI KO (Translation) and others. OLON BAHA for which she received the Sahitya Akademi award is a collection of short stories as well. She is also one of the few who have tried to translate Geetanjali by Rabindra Nath Tagore into their own language. 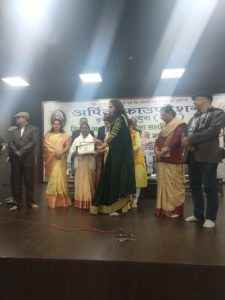 SERENG ANJLE is the name of the translated book published by Sahitya Akademi, New Delhi. For which she was awarded R R KISKU RAPAJ AWARD from All India Santhali Writers Association. She is currently working as a teacher under Goverment of Jharkhand. In her long career she has also been lyricist, script writer and director in a santhali film. Joba Murmu has got opportunity to sing many folk songs in All India Radio, Jamshedpur.

Recently, she has been approached by NCERT, New Delhi for developing an anthology in Hindi from Indian languages for use of teaching. Her poems are also a part of International Multilingual Poetry Antholgy, 2018 & 2019. She has been attending various international poet meets which only gives her more confidence and encourage her to write. Amravati poetic prism, Vijaywada and World thinkers and Writers meet, Kolkata are few of them. 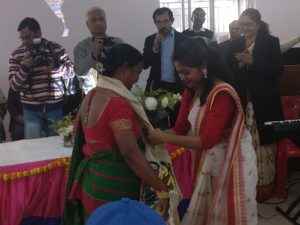 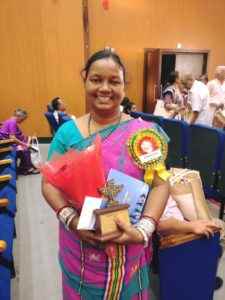