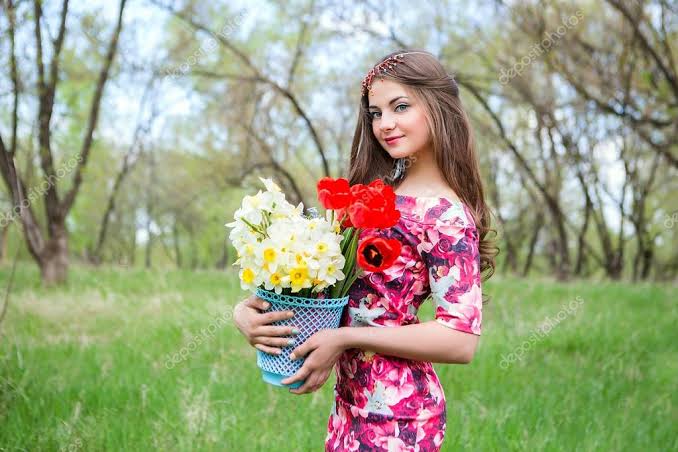 THE TALE OF CURSED ANGLES

It was the day of festival of love and colours. The dawn descended with the sweet and shrill notes of moths and insects tuning and turning into musical early morning chorus. The rising Sun was glimmering in the sylvan Sky celebrating the triumph of good over evil. The beautiful Sunrise was accompined by a medley of mellow tones of chirping and twitteing of the early birds rejoicing in louder, livelier and prouder voice. The sound of household chores like brooming, sweeping and scrubbing were creating melodious music making the environment more euphonious and mellifluous. The orison and incantation seeping and spreading through the temple loud speaker were making the atmosphere more serene. The hymn from the vedas and Upanisad uttered through the mouth of brahmins sitting on their elevated varanda transforming the surrounding more sublime.
The coconut trees standing on the row in front of streets were swaying in exaltation. The sweet fragrance of jasmine was wafting through the gentle breeze sensitizing the souls of early risers.
The day was full of mirth and merriment heralding the end of winter and the arrival of pleasant spring. On this auspicious moment, clad in traditional wear, Sankar- the temple priest of our village was seen roaming and roaring at the top of his voice from the door to door of the every house inviting the village Mahajans to attend the ritualistic feast organized by the temple administration for the celebration of the swing festival of Radha Krishna culminating in Dola Purnima.

After getting up early from slumber disturbed by the loud call of Sankar, Subash and I were sitting in a corner of our uncle’s veranda in a state of pensive mood. We were least concerned about the celebration of the ceremony in which other lads participated and enjoyed themselves with great jeal and zest. As a student of history Subash who has just completed post graduation was musing on the past glories of brahmin community and village where we were born and brought up. Earlier he had heard about the public esteem of brahmin caste and greatness of the village to which we belonged, from the mouth of his grandfather. Brahmins were held high in caste system of Hindu religion. Originally they were brought from Kanyakubja or Ujjain by Anangabhima Dev ||| in 12 30 A. D. at the consecration of the great temple bestowing them with land and other endowments for living a dignified life fully dedicated to the ritualistic responsibility. Primarily six categories of duty were assigned to them- study, teaching, performing jagna help in organizing jagna, donate and to receive donations. Later on they dispersed into the different parts of the region across the state under the royal patronage of different dynastic rulers for the above assigned purposes. Brahmins looked upon themselves as proprietors rather than tenants who could sale whole or part of their property. They could plant trees and build houses on their land received on donation without any objection. A sasan village was originally an autonomous community vested with revenue, judicial and police power. There was no authority above them to be subjugated under any ruler. They were their own kings in their own realm. The officials had no rights to encroach upon their powers and privileges granted to them unless specially permitted by government. Our village was flourished under the patronage of late sri Jagannath Bhanja who dreamt to establish a sasan village in his name. Brahmi ns were invited and brought from Puri sasans to choose a suitable site keeping in view their basic requirements to perform the religious rituals. At last they chose this place taking into consideration the availability of resources required for worship. The site was selected for their habitation adored by two perennial rivers surrounded by plants like mango, jack fruit. neem, banyan, banana bael, amla and coconuts carrying their religious sanctity. At last the village was set up with houses made up of mud and wood. To sanctify the soil shaligram stones were buried beneath the soil and tulsi plants were raised in a close proximity to the sacred stones in front of every house to maintain the holy Communion with each other. The skanda purana depicts the relationship of Shaligram with Tulsi through mythological details. The tale of shaligram is interesting as well as melancholic one. The demon king Jalandhar was born out of flame emanated from the third eye of Lord Siba. That is why he was most ferocious and powerful warrior. Vrinda loved Jalandar very dearly as his devoted wife. Her devotion, loyalty and chastity made her husband invincible. Jalandhar was against the demi-Gods and chased them out of Heaven and established his own kingdom. Demi-Gods went praying Lord Siva and Vishnu to save them from peril. Lord Siba fought against the demon but could not defeat him. At last Vishnu came to their rescue despite the fact that demon’s wife, Vrinda was His staunch devotee. He maligned Vrinda in guise of her husband by playing a trick to break her chastity to kill Jalandhar. As He betrayed her, Vrinda cursed Lord Vishnu to turn into stone which was accepted by Lord Vishnu under undone situation Then she ended up her life. Then Lord Vishnu felt guilty betraying His greatest devotee and gave her a boon that from her ashes the plant of Tulsi would be born and the plant would get married to Shaligram stone. He further confirmed that he would never accept His food without Tulsi .

I was brooding over the plight under which brahmins were living after the country got it’s independence. The concept of equality curtailed their powers and privileges they enjoyed under British reign and erstwhile kings. They were forced to lead a common life like a common man in the society where they lived. No more they were treated as God’s men in the presence of an elected government. They turned to be fallen angels cast out of the Heaven. The brahmins had lost their prestige as well as their position and profession. Once regarded as king maker couldn’t do anything to change the social scenario in their favour. Later on out of hunger they reconciled to the situation by doing petty and sundry jobs for their bread and butter. Most of the villagers having middle class formal education were appointed as village school teacher with lower and irregular salary like a drowning man desperately longing to live longer by catching a straw in the current of turbulent river water. This is not the end of the story of their miseries. After every election whether it is in Panchayat, block, state or centre level the teachers had been hackled by the ruling party workers with the threatening of their transform into inaccessible agency area for showing impartiality at the time of voting.

After completing post graduation degrees in respective subjects we came to village to prepare ourselves for the competitive examinations residing at our homes with out any basic facilities available at our hands. As we were far from the cities so the job opportunities were almost zero in rural area except the culture and the attitude of the villagers. We took a dozen of bank officers and other examinations without getting proper tips or guidance from any competitive experts like attacking the target in dim light. As a result we didn’t qualify in the examinations. We were desperately waiting for the train which never came to take us away to our anticipated destination. Applying for employment became an employment itself wasting lots of money and energy without any positive outcome. Inspite of our failures in achieving our goal we did not lose our heart. Though we have been cast out of urban life as fallen angel from the heaven our grace and sense of humour continued to remain same throughout the period of unemployment. In the mean time the temple bell rang signalling the commencement of offering of the cooked diet before the deity. Sankar appeared once again to invite every villagers to take prasadam at temple precinct. We moved to shrine while the chief administrator of the village was taking the attendance of the villagers present on the occasion. It was hot noon in the month of March. The Sun had risen above our heads. The villagers were squatting in a row under the open sky. While eating prasadam their bodies were sweating due to taking of hot, oily and spicy food under the sweltering Sun. After finishing eating Subash and I stood up right and proceeded towards water tank to wash our hands. while some of us were still eating. They were about to complete their quota. In the mean time a cacophony of noise is heard from near blowing like roaring forties. In surprise mixed with terror we looked around to know the matter. At that time Binu Mastree, who taught me how to write the first letter of odia language in my childhood, was thundering against someone without looking at the face of anybody. The content of reproach was crystal clear. He rebuked like this” Shame on you! What are you thinking of yourself? Being highly educated youth such type of conduct is not expected of you. You are lacking the sense of discipline. You don’t value the values of your own caste You are tarnishing the image of your family and culture”. He continued to chide, “Don’t behave like black sheep of your community. I don’t like to take part in the ocassion where such indisciplined rouges are gracing the religious functions.” Who was the object of his ridicule? The gathering failed to understand it instantly. But Subash and I came to realise that he chided against us for violating the cultural ethics of brahmin community. We broke the solidarity of brahmin society by dragging ourselves away from the unity forgetting the old concept which says united we stand, divided we fall. We have committed a crime by leaving our seats while others were eating thereby hurting their sentiment. But he hurt us deeply through passing his defamatory and derogative remarks on us which we bore bending down our heads without any reaction only to show respect to a senior. The event left an indelible mark in my mind and I pondered over the reasons that led him to show his unusual behaviour to us in that situation. Later on I found out the reason but it would be disgraceful to him as well as to the community as a whole If I venture to mention it putting my pen to paper.

Benudhar sir was a peculiar and mysterious man. Sometimes he behaved himself as strict teacher attacking the follies and foibles of others. While retreating from school on by- cycle his eyes were roaming round every direction along with his head to inculcate the indisciplined children the sense of discipline in them off the class room. Other time he used to tease children by dragging their head’s hair to create illusion among them. He was clowning around with children to entertain them during the holiday time. Nor is this all. He used to entertain all with his light-hearted humour creating laughter among the villagers. Once in a year he pays visit to the undivided Koraput district to see his grand sons and daughters where his middle son was living. Whenever he was there he had developed the habit of going outside to freshen in the river that was flowing along the railway track. One day as he was in a hurry, became a little bit indisciplined and careless. while crossing the unmanned railway track to urgent call of nature a running goods train ran over him ending his life forever. Though he didn’t return his memories live in our heart for all time to come.

*THE STORY OF AN UNSUNG HERO–Dr. Santanu Kumar Dash*