Swapna Behera is a bilingual contemporary poet, author, educationist, critic, translator, social worker and editor from Odisha, India. Her stories, poems and articles are widely published in Newspapers, International journals, magazines Anthologies and ezines and translated in different languages. She is a post graduate with a Bachelor’s degree in Education. Swapna worked as a teacher for over three decades at the Mont Fort School 1984-1995 and Kendriya Vidyalayas1995-2015, has received several outstanding recognitions for teaching excellence. She retired as a teacher from Kendriya idyalaya Sangathan, an Autonomous body Under Ministry of Human Resource Development, Government of India in July 2015. She was a trained teacher in substance Abuse Prevention Education. She has presented her paper on The Responsibility of Religions for a humane world in the National Seminar on World Religions for a humane world ; A step towards Inter Religious Dialogue on24-25 .2 .2017 in Patkai Nagaland. Resource person in the Lok Mahotsav Sambalpur and presented a paper on Indigenous Knowledge of the people of Western Odisha in 2001. She was the YUVA JAGAT artist of All India Radio Cuttack. She was the Judge of the international INT’L Essay Competition, Nigeria 2017. She has taken an active part in the KINDLING THE KINDNESS PROGRAMME in the flood affected Ebion Public School of Mazuli, the world’s largest Island in 2017. She was a panellist in Cuttack Literary Festival 2018.

She is the winner of the poetry competition of Spring the Season of Love Anthology.

She is adjudged for the POIESIS AWARD for Poetic Excellence based on the Result of The International Rabindranath Tagore Award for English Poetry Contest 2018 as she got 4th position. Her poems are published in atunisoetry.com and translated in Albanian, Italian, Tamil, Arabic and many other languages.

At present she is the Manager at Large, Planner and columnist of “The Literati’’ Chief Editor, of Philosophique Poetica (De-Aanand), Editor of RADICAL RHYTHM Anthology, Guest Editor of FIRE Anthology, Editor of International Editorial Board of the volume” Poetry and Peace” by the International Society for Intercultural Studies and Research (ISISAR) and Administrator of several poetic groups and associated with many socio-educative works.

Ambassador of Humanity by Hafrican Prince Art World, Africa 2018 in the service of promoting the humanity.
National Director, Ambassador of Social ,Cultural, Arts, Sports, Theatre, Film Cells by Human Rights Council & Crime Intelligence Force 2018.
Recognition and Inclusion in Latin American Academy of Modern Literature in Mexico and in the World Directorio of escritores 2018.
LIFE TIME ACHIEVEMENT AWARD at the International Conference 2018, by the Literati Cosmos Society Regd 75/2018-19.
BEST PLANNER Award at the International Conference 2018, by The Literati Cosmos Society Regd 75/2018-19
SAHITYA SHIROMANI Award at the International Conference 2018 by The Literati Cosmos Society Regd 75/2018-19.
World Icon of Peace Award from World Institute For Peace, Nigeria in 2017.
Distinguished Service award by Muse for Peace Foundation 2017 from Nigeria.
The Pentasi B world Featured Poet, 2017.
The Enchanting Muse Award in Pentasy India World Poetree Festival 2017.
Prestigious International Poesis Award of Honor at the 2nd as a Jury Member at the 2nd Bharat Award for Literature (an International Short Story Competition) 2015.
Received the Certificate of Excellence from YayatiMohan G Gandhi Inter National Poetry Festival 2016.
Sahityashree Samman by National Face Book Kabita Sangam 2016.
A recipient of the Pravtitara Pratibha Samman by Utkal Christian Sahitya Parishad.
Invited and felicitated by the Deptt of Philosophy Patkai Christian College (Autonomous) Nagaland for presenting a paper in the seminar on World Religions; A step towards interreligious dialogue 2017.
Invited and felicitated by Amravati Poetic Prism International Multilingual Poets Meet by the Cultural Centre of Vijayawada & Amravati at Vijayawada in 2016 & 2017.
Felicitated in the 8th National Poets and Writers meet Ernakulum, Kerala 2017 by Poesis com and XpressPublications.com.
Invited and felicitated in the 10thInternational Poetry Fest 2017 in the J.K.C College Guntur, Andhra Pradesh.
Invited and felicitated in Cherry Blossom Preschool by Sri Gayatri Vidya Vikas Educational Trust 2018.
Invited and felicitated in the 1stNational Face Book Kabita Sangam 2016 at Bhubaneswar.
Invited and felicitated in the Sahitya Utsab -2 at Dhenkanal 2016.
Adjudged for the POIESIS AWARD for Poetic Excellence based on the Result of The International Rabindranath Tagore Award for English Poetry Contest 2018. 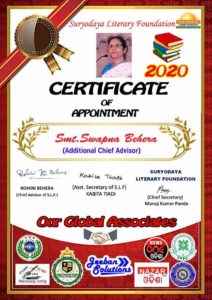 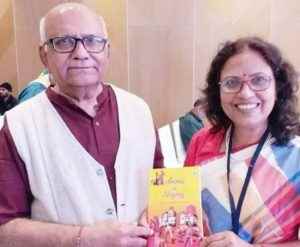 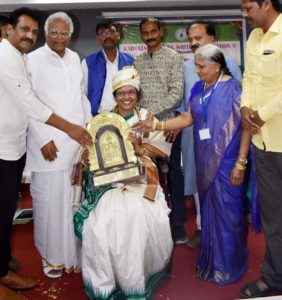 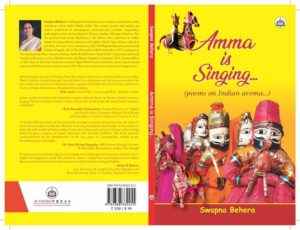 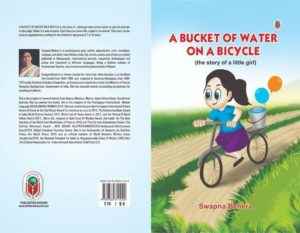 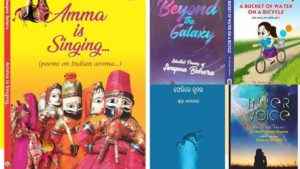 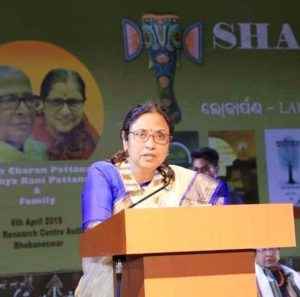