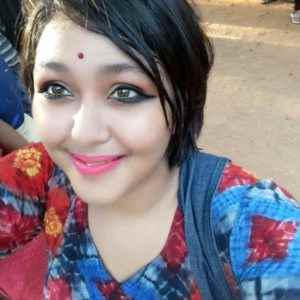 Deyasini Roy is a budding young poet and translator who hails from Chandannagar, a town in the Indian state of West Bengal. She’s recently pursued her postgraduate degree in English and Comparative Literature from  Pondicherry University, India. Poetry occupied a conspicuous part of her childhood and therefore she would certainly spare no pains in seeing her tender thoughts sprout. She’s greatly influenced by the British and American Romantic Poets especially William Wordsworth  and Walt Whitman. She’s contributed to the esteemed International Almanac of World Poetry, The Harbinger Asylum, Plethora’s International Coffee Table Book, Volume 1, The Muse of New Paradigm:  An Intro into Poepro— An Anthology of English Poems, Cascade and Sunup and various International Online Magazines of repute including The Glomag, Cultural Reverance, Different Truths and Universul  Culturii of late. She is an incorrigible dreamer, an itinerant sunseeker and an ebullient Naturephile whose joyous acquiescence in the free spirit of Nature ensures her traversing into the chasmic womb of the unknown. She loves to set recourse to the idyllic and  pastoral and record her impressionably sensitive response to the lilting cadence of Nature rendered in a swirl of lurid slashes and subtle brush strokes. Nature, to her, is her inward eye, a sensibility that throbs in her veins, her dwelling possessing an internal harmony of its own, constantly visited by the bright shoots of everlastingness that unravels a world of unending bliss and enlightens the darkest gulfs of her consciousness.  Envision Nature beyond her mortal eyes in a celestial choir lending subdued shades to her canvas, often plunging her into the whirling vortex of its sea-mist and storm and her world invariably imbues with its transcending hues resonating  with the chords of dynamic sublimity.

Ms. Deyasini Roy has served in Techno India Group Public School, Mankundu, Hooghly as an Assistant Teacher.
A very passionate poet and creative teacher with experience of actively teaching English Literature, English Language and Social Science whose professionalism, distinctive research-orientated and assessment methodologies and holistic command over the subject proved to be an indispensable asset to the students as well as the Institute. Her diligent adoption of reliable classroom management strategies to liberate students from the shackles of distractability, documenting lessons, organizing healthy peer&nbsp; group discussions deserves resounding acclaim.

She is kind and cause-dedicated to the ultimate degree. She carries the benchmark of an educator and academician par excellence at every professional step she takes. 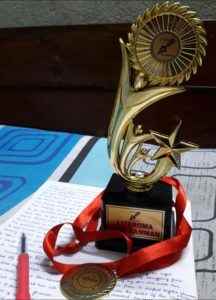 1- Was conferred with the Laureate Award and Rising Star Award for the Best Aspiring Author by Literoma on 1st January, 2020. 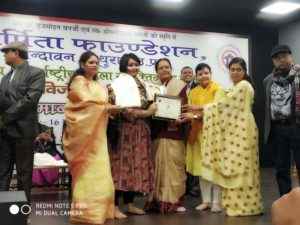 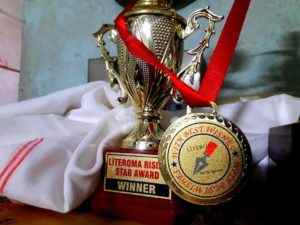 3- Awarded a Diploma for Environment, Peace and Humanities by the Buriganga Foundation, Dhaka, Bangladesh in 2019.

4- Awarded a Certificate of Recognition for dedication to serving Culture and Humanity by the &quot;L&apos;ISOLE FELICE&quot; ASSOCIAZIONE CULTURALE in 2019. 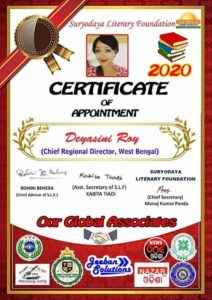 5-She was appointed as a Regional Director of Suryodaya Literary Foundation, Bhubaneswar, Odisha., India. 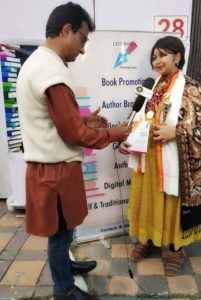 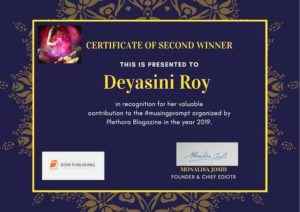